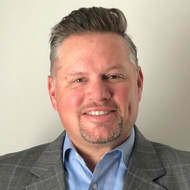 Marketers don't get more versatile than Matt Smith. Throughout his career, Matt has successfully promoted athletics, sports memorabilia, insurance, a state fair and a worldwide network of franchises.

While leading his own consulting practice, Execute, Matt was recruited to become the first Chief Marketing Officer for sweetFrog, a global franchise of over 300 frozen yogurt stores. Matt was sweetFrog's CMO through its transition to private equity ownership and during a period of explosive growth. Matt increased consumer and franchise sales by leveraging data and analytics and developing national strategic partnerships with charities, television networks and affinity groups. He also designed a new customer loyalty program to increase participation at a lower cost.

Matt started his career in college sports marketing at the University of Richmond where he also helped run the media center for the 1992 Presidential Debate. Later he spent three years promoting the nation’s largest sports memorabilia conventions and coordinating appearances by professional athletes for Tuff Stuff Magazine.

In 2001, Matt was hired by Virginia Farm Bureau Insurance to start an in-house marketing department. Over the next 12 years his responsibilities would grow to include strategic partnerships and change management. While at Farm Bureau, Matt negotiated the naming rights for Farm Bureau Live at Virginia Beach and helped lead the acquisition of the State Fair of Virginia and Meadow Farm (the birthplace of Secretariat).

In his free time, Matt enjoys coaching his kid’s sports and is a member of the University of Richmond radio and TV broadcast teams for football and basketball.
Industry Experience: Food & Beverage, Franchises, Insurance, Sports, Professional Services, Consulting